The regular season of the National Football League has drawn to a close.  The Elldee Sports Formula has gone through a few tweaks but ultimately finished the regular season with a respectable 54.6% win percentage.

Now that the Playoff field has been set, a new playoff bracket has been generated and is now presented for your entertainment.  Until next time, good luck! 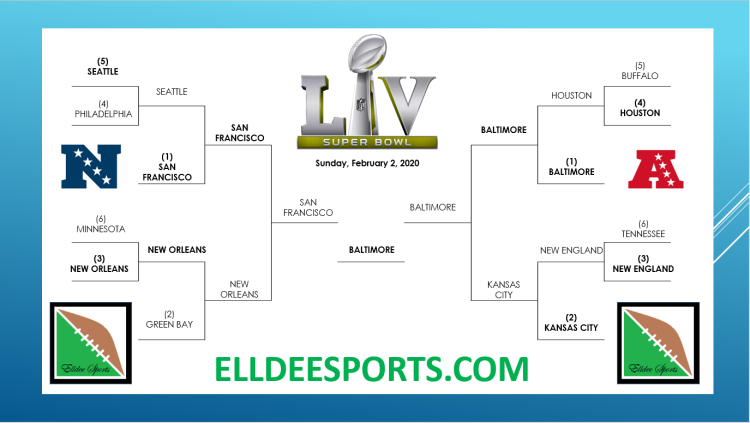